Nigel Sizer began his term as president of the Rainforest Alliance in February 2016, bringing with him 25 years of international experience in natural resource management

As the former global director of the Forests Program at the World Resources Institute, Sizer led a hundred-person team geographically dispersed across Africa, Asia, and Latin America and launched path-breaking partnerships including the Global Forest Watch and the Global Restoration Initiative.

Sizer also served as vice president for Asia-Pacific with Rare, where he developed grassroots efforts to link impoverished communities in Indonesia to global carbon markets and pioneered community-based fisheries and marine protected areas efforts. In 2008, he served as lead advisor on climate change and energy issues in Asia to former US President Bill Clinton and the Clinton Global Initiative. He has also worked with the United Nations Environment Programme (UNEP) in Nairobi and established The Nature Conservancy’s Asia-Pacific Forest Program. He also founded and co-chaired The Forests Dialogue, and helped establish and lead the Asia Forest Partnership.

A globally-recognized authority on forests and landscape management, Sizer holds Bachelors, Masters, and Doctoral degrees in natural sciences and tropical forest ecology from the University of Cambridge. He has lived and worked in Brazil, Africa, and spent ten years in Indonesia. He has served on numerous boards and advisory groups including the Tropical Forest Alliance, the UNEP, the Rainforest Foundation, the Amazon Alliance, the Global Forest Foundation, and the Andean Center for Sustainable Development. A dual citizen of the United Kingdom and the United States, Sizer is based in the Rainforest Alliance’s New York office. 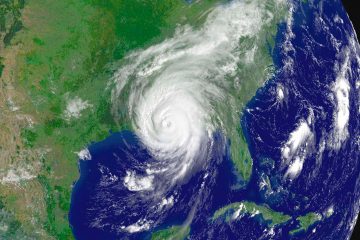 Rainforest Alliance: Don’t Panic – 4 Reasons We Can Weather the Storm

Nigel Sizer
Energy, Cities and Climate Change
We have survived other environmentally reckless administrations and we know from experience that we can weather this one too.