Any trend that is doubling – whether it’s every quarter, year or two years – over a long period of time will grow to be a very large number.

Moore’s Law is an exponential law. Gordon Moore in 1965 and stated that the number of transistors on a computer chip would double every 18 months while staying at the same price point.

The practical implication of Moore’s Law is that the smartphone that I walk around with in my pocket has more raw computing power than IBM’s largest mainframe of 20 years ago. The mainframe back then cost millions while my smartphone only cost $1,000. This example created disruptive innovation opportunities and pitfalls in both the computing and smartphone industries.

Solar power is experiencing exponential improvement: dramatically declining cost. Solar power globally has been doubling in capacity every two years for the last 40 years. As prices have plummeted solar installations have exploded: 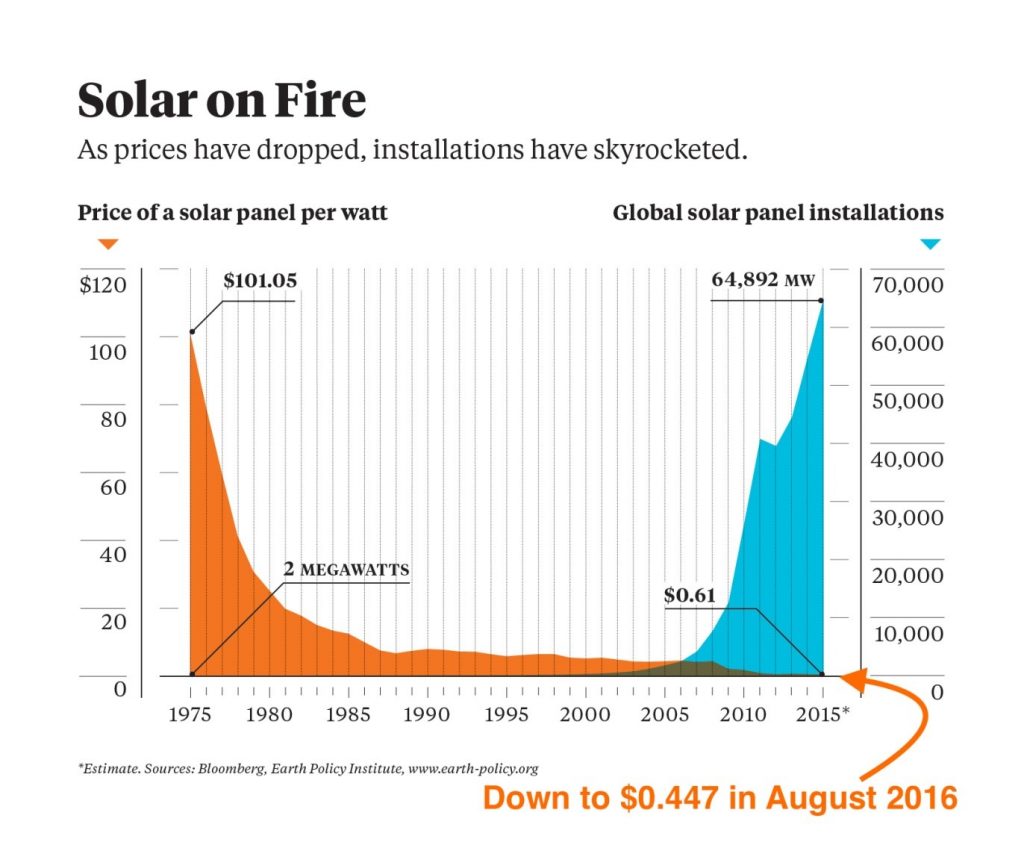 To the point where now, solar is the largest category of new electricity generation installed not just in North America but worldwide.

And solar prices continue to collapse.

Here’s a stunning fact: more energy falls on the earth in a single hour than all forms of energy used in all countries globally in an entire year!

So as solar panels get lighter, cheaper and more efficient, we will see the continued expansion of solar power. This will trigger disruptive innovation across in the power and energy industry worldwide.

The solar power of tomorrow will not be like it is today. New ways of printing thin film solar – just as a web press prints newspaper – means that the cost of solar will continue to plunge. And it means that at some point in time in the future the entire southern face of buildings in the northern hemisphere will be clad in a thin solar film allowing them to become power generation stations. 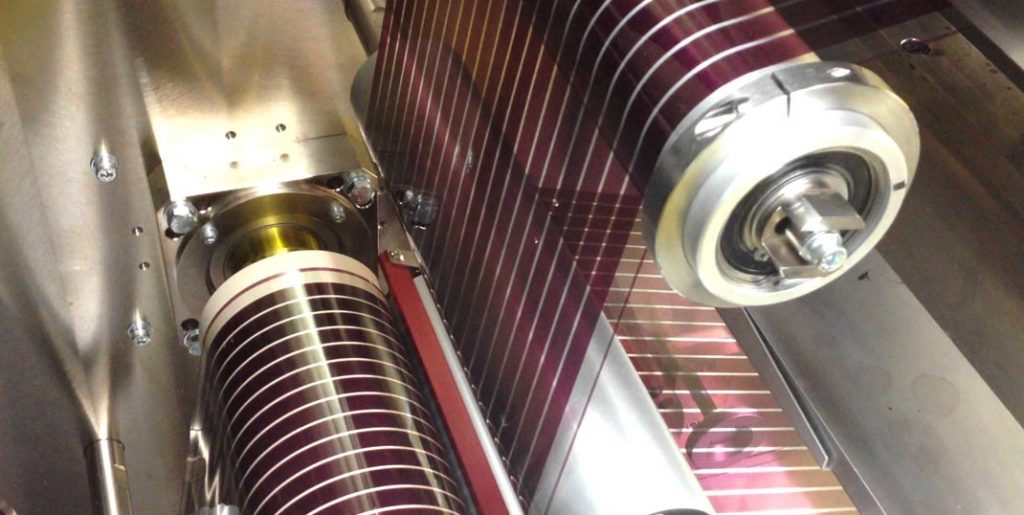 And clear solar film can turn a window into a power station! 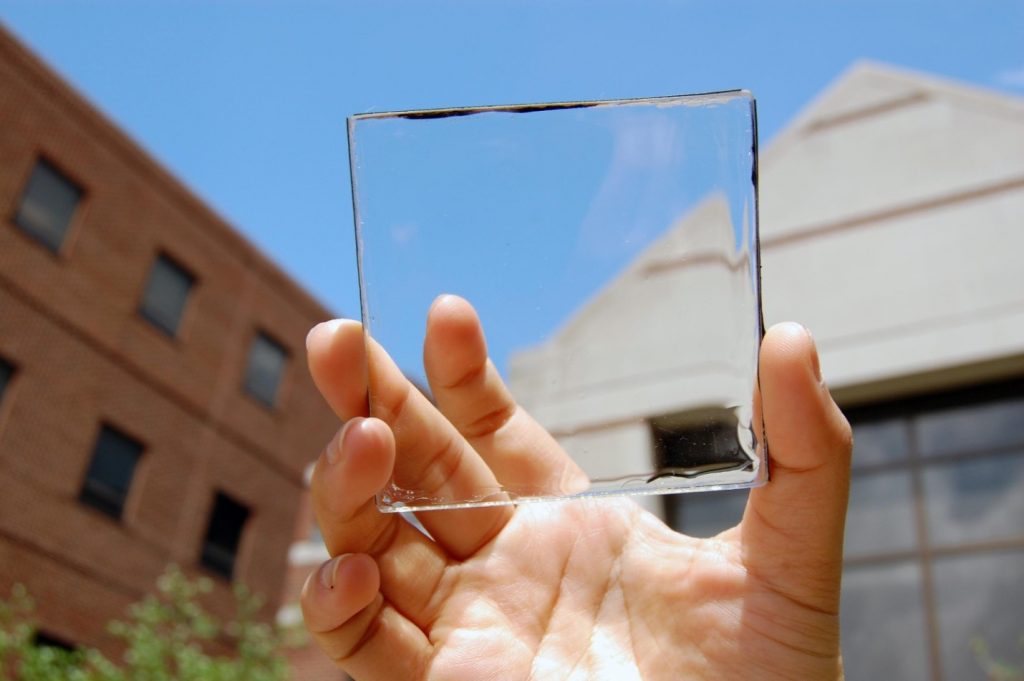 The lowest cost every bid for solar power was just recorded in Mexico for 1.77 cents per kilowatt-hour (or $17.70 per MWh). Compare this to the price of all conventional energy in Lazard’s Levelized Cost of Energy Analysis:

And you’ll note that solar is now one-third of the price of any historic form of energy generation.

This means that electric utilities which have historically relied on big, expensive, centralized sources of power generation – coal, nuclear and gas plants – will be decimated by the new technology. And unless these utilities change, and change quickly they will rapidly become irrelevant.

Investing in the old forms of power generation from 2018 on will only burden ratepayers with astronomical costs compared to the dramatically lower costs of solar. So, sustainability can drive disruptive innovation.