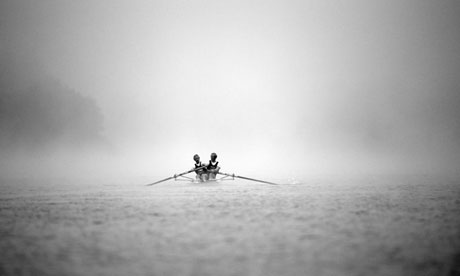 A unified effort can often be the key to success. Photograph: Phil Walter/Getty Images

As the sustainability movement moves into the mainstream, there is increasing concern that those groups seeking to foster change in the world of business are starting to tread on each other’s toes, compete, create duplication and confuse the very people they are seeking to help.

Moreover, as projects and initiatives proliferate, there is also a risk that individual companies are starting to get lost in the complexity of implementation and forgetting to lift their heads up to see the bigger picture.

So it’s interesting to see that the United Nations Global Compact (UNGC), the world’s largest corporate sustainability membership organisation, wants to use its forthcoming leaders summit in New York to seek to bring back a sense of a compelling vision for the business community.

With more than 1,000 CEOs and leaders from civil society, government and the United Nations converging on the city in mid-September from all parts of the world, it certainly is a good opportunity to stop, breathe and refocus leaders’ energy for the essential move from incrementalism to transformational change.

Vison is one thing, but the UNGC recognises that on its own it’s next to useless unless there is also the cohesion and collaboration to deliver it.

There’s a job to be done here, and it’s worth looking at some interesting research the UNGC has done on the number of initiatives that are operating in different parts of the sustainability forest.

Take sustainable agriculture, for example: there are currently at least 25 separate global initiatives and platforms.

With women’s empowerment and gender issues, the number goes up to 30; and when it comes to climate change and energy, it’s even higher.

Of course, on one hand, it is a positive sign that so many business-led organisations, such as the World Economic Forum (WEF) and the World Business Council for Sustainable Development (WBCSD), are seeking to drive change, but this can easily tip into becoming a serious problem, unless they start to communicate and collaborate more effectively.

Of course, concerns about the proliferation of initiatives is not limited only to business-led organisations, but also to individual companies as well.

I was chatting with the new chief sustainability officer at Mars Incorporated, Barry Parkin, a few days ago, and he expressed alarm at the vast number of competing projects on the ground within the agricultural sector.

He told me: “Cocoa is a good example. There are 125 different cocoa sustainability projects underway, all worthy but each affecting a maximum of 10,000 farmers here and there. Each one has large start-up costs and they end up being confusing to farmers, to donors and governments. If we were to align behind programmes, it would be much more efficient and we could really scale up our impacts.”

The way the UNGC hopes to get around this problem is to encourage all companies and business-led organisations to rally around one overarching vision, built around the post-2015 global development agenda, as the Millennium Development Goals give way to the incoming Sustainable Development Goals (SDGs).

In principle, this seems a sound idea, given the fact that the SDGs will go beyond concentrating only on developing countries, and will look at broader sustainability issues that require action by developed countries, such as energy, climate change water and education. From a practical standpoint, there is also likely to be enormous enthusiasm and energy to start putting the SDGs into action, and it will be important from the word go that the business community is seen to be at the forefront of change and acting in unison.

The UNGC talks of the need for “aligning and scaling up corporate sustainability efforts within a global architecture designed to drive business action and partnerships on a massive scale”.

Given that the UNGC is part of the UN structure, it may make sense for it to act as a key convenor for the corporate sector’s engagement with the SDGs.

But this will work only if the UNGC and other organisations are able to sit around the same table and work together, rather than focus on pushing their own individual agendas.

There are already some positive signs. The World Business Council for Sustainable Development, under the leadership of Peter Bakker, has already recognised that it can be truly effective only if it joins forces with others. Recent partnerships it has put in place include working with the B Team on social impact, and the Stockholm Resilience Centre, which developed the concept of planetary boundaries.

It is also worth noting that earlier this year the UNGC and WBCSD, with the support of the World Economic Forum, produced and submitted a joint report to the UN secretary general’s high-level panel on the post-2015 development agenda.

Of course, there is no single answer to the sustainability challenges we face, and it would be a mistake for business-led organisations to put all their eggs in one basket. The process of change has mystery and magic in it and that means there does need to be much experimentation and diversity. We can never know in advance which idea will catch the imagination or where it will come from.

At the same time, those engaged in the sustainability change process need to understand and master their egoic needs and work with others in true partnership. This means being open about failures, transparent in their ways of working and being bigger than themselves by sharing emerging successes so that change can be driven at speed and at scale.

This article was originally published on the Guardian
_________________
Jo Confino is an executive editor of the Guardian and chairman and editorial director of Guardian Sustainable Business. He also advises Guardian News & Media and Guardian Media Group on their sustainability strategies.