It’s crunch time for climate philanthropy. What should foundations do? 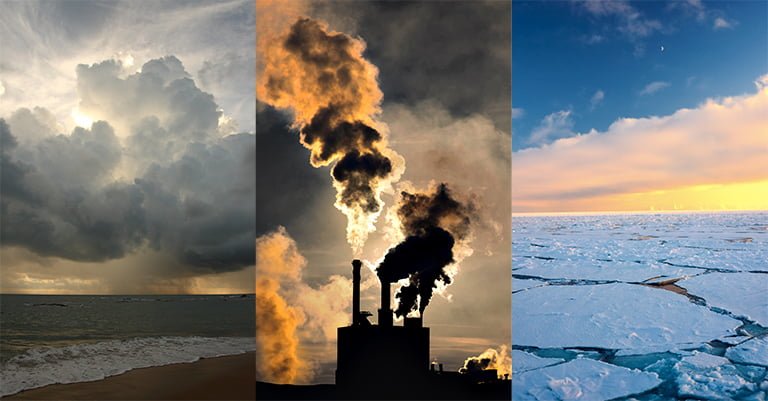 This article was originally published on Nonprofit Chronicles

The Trump administration’s “combination of incompetence and malevolence has been breathtaking,” writes Harvard climate economist Robert Stavins. How bad is it?

Very bad, says Van Jones: Trump “may have just signed a death warrant for our planet” by ordering the rollback of the Obama administration’s Clean Power Plan.

Not as bad as most think, says Michael Bloomberg: The “depressing and widespread belief that the United States can no longer meet its commitment under the Paris climate change agreement” is mistaken.

But even if Bloomberg is right, merely meeting the short-term, non-binding Paris targets won’t protect the world from the worst impacts of global warming, scientists say. What’s required is more radical change. Stopping all sales of cars and trucks that burn gasoline by 2030, for example.

Either way, foundations must do more to address the climate crisis. As Larry Kramer, the president of the William and Flora Hewlett Foundation, wrote recently:

Less than 2 percent of philanthropic dollars are currently spent in the fight against climate change, much too little given the threat we face. Nor is it enough just to increase spending. Funders also need to collaborate more and better. We must pool our resources, intellectual as well as financial, to find the right organizations to support and the right way to support them if we are to avert the worst harms of a warming planet.

But which organizations? With what strategy? Should foundations stick with the usual suspects or try new approaches? Kramer offers ideas, all worthy, most focused on elites. (“Our most important role may be supporting experts to help financial institutions develop a shared methodology for valuing climate risk, so financial markets can allocate capital more efficiently.” Hmm.) Kramer deserves credit for sounding an alarm, as he and Carol Larson of the Packard Foundation did last year, before Trump, but my view is strategies focused on elites won’t get us where we need to go.

To address the climate crisis, we need a powerful, broad-based movement, akin to the anti-slavery, civil rights, women’s and gay marriage movements. While building that movement, foundations should also support advocacy for nuclear power, research into geoengineering and programs to address energy poverty. A big agenda, admittedly. Here are my six proposals for climate philanthropy:

The eco-right: From the Clean Air Act in 1970 to TSCA reform in 2016, no major environmental law has been enacted in the US without bipartisan support. Republican backing will be needed to pass climate legislation. Fortunately, conservative climate activism is growing, spearheaded by at least a half dozen nonprofits.

To learn more, you can read my story, Climate Converts: The Conservatives Who Are Switching Sides on Warming, which was published last week by YaleEnvironment360. Think tanks led by the Niskanen Center and the R Street Institute are making the case for a carbon tax inside the Beltway, while nonprofits like Bob Inglis’s RepublicEn and theCitizens’ Climate Lobby are building grass-roots support. (To its credit, Hewlett supports Niskanen and R Street.) While the Sierra Club preaches to the converted, the eco-right will expand the base.

Farhad Ebrahimi, founder of the Chorus Foundation, is a leading advocate for just transition work. Chorus supports nonprofits organizing in eastern Kentucky, Buffalo, NY, Richmond, CA, and rural Alaska–not exactly hotbeds of environmentalism. Others funding work to build communities that are just, sustainable and democratic include The Mary Reynolds Babcock Foundation, The Ford Foundation and the Fund for Democratic Communities.

Nuclear power: If we’re serious about climate change, we have to get serious about expanding nuclear power, by far the world’s leading source of low-carbon electricity. Take a few minutes, please, to read this analysis of nuclear energy from a fervidly pro-nuclear NGO called Environmental Progress, led by Michael Shellenberger. I daresay you’ll be surprised. (I learned that low-carbon energy as a percentage of electricity globally has been on the decline, largely because nuclear plants are being shuttered and solar and wind can’t make up the loss.) Environmental Progress gets some foundation support; it deserves more. So does The Breakthrough Institute, a nonprofit co-founded by Ted Nordhaus and Shellenberger and now led by Nordhaus. 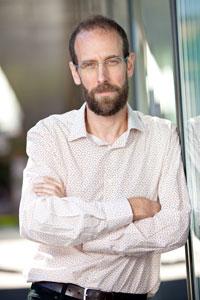 Geoengineering: Efforts to mitigate carbon emissions will likely fall short. So we should be aggressively researching geoengineering–deliberate, large-scale efforts to counter the effects of global warming. It sounds scary, to be sure. So does chemotherapy, until cancer strikes.

Direct air capture of CO2 has potential. (So much so that I wrote Suck It Up: How Capturing Carbon from the Air, an ebook about direct air capture, back in 2012.) Leading scholar/researchers of carbon capture include David Keith of Harvard, Ken Caldeira of the Carnegie Institution for Science and Klaus Lackner of the Center for Negative Carbon Emissions at Arizona State.

Energy poverty: About 1.2 billion people live without electricity. How to deliver low-cost, reliable low-carbon power to those people maybe the most pressing question that needs to be answered to curb climate change. Can solar power, wind power and energy storage do the job? I don’t know, but foundations can play a role by funding research with their grants and investing their assets in promising solutions.

Crunch time: The more we delay, the harder it will be to curb climate change. Now is the time for foundations to match their rhetoric with money. That may mean spending more than the 5 percent of the assets that they are required by law to give away. So be it. Who says foundations are entitled to live forever?

A final thought: My friend Ed Maibach of the Center for Climate Change Communication does important work helping trusted groups — doctors, nurses, TV meteorologists and others — to engage with the public on climate issues. We’ll never solve the climate problem unless we learn how to persuade others to join us.

Most of the groups mentioned above are under-resourced. That’s where foundations — all foundations — come in. As Larry Kramer said: “Funders must recognize that global warming threatens everything they care about, and that’s true no matter what they care about.”
______________________
Marc Gunther is a veteran journalist, speaker, and writer who reported on business and sustainability for many years. Since March 2015, he has been writing about foundations, nonprofits and global development on his blog, Nonprofit Chronicles.