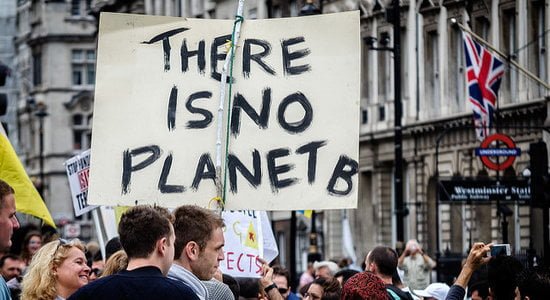 GlobeScan has been tracking global public perceptions and engagement around climate change since 1998. We have also convened consumers and stakeholders through focus groups, interviews, and events to understand key opinions, barriers, and opportunities around climate action. Through all these years of research, a common and frustrating theme has emerged: climate change has a major PR problem, and it’s not necessarily getting any better. For global corporations, governments, and civil society organizations to be able to take the urgent action needed to combat climate change and its impacts (as delineated in Sustainable Development Goal 13 and in the Paris Agreement), it is important to acknowledge the following three major pitfalls of current engagement around climate change and to plan strategies that address them.

#1: Climate change is not as urgent an issue for the global public as it needs to be

As the chart above illustrates, when the global public is asked how serious a problem they consider a number of issues to be, our research shows that views of the seriousness of climate change have increased recently, but this trend mirrors year-over-year views of other environmental issues as well. Climate change on its own is seen as less of a serious issue compared to more tangible consequences relating to pollution and the depletion of natural resources. This suggests that people might not be grasping the immense cause and effect relationships between climate change and water, air, and natural resource impacts. Recent consumer focus groups that GlobeScan conducted in China, Germany, India, Russia, the United Kingdom, and the United States confirm that there is a breakdown in communication when it comes to climate change – we are not answering the question of “so what?” very well, so the public is seeing it as a distant problem.

In addition to not being top of mind among environmental issues, climate change is also not top of mind when compared to other important problems facing the world (see chart above). This begs the question of whether the global public is grasping the enormity of the impacts of climate change—that it will exacerbate almost every other top issue shown in this chart. This is not great news given that some research suggests that people have a finite pool of worry, meaning more worry for other global issues such as terrorism or the economy actually decreases people’s worry for other issues such as climate change. People make tradeoffs for their attention, which means that for climate change urgency to increase, we might actually need the urgency of other issues to decrease.

Acknowledging this “finite pool of worry,” climate action messaging can talk more about the concrete risks of inaction and the benefits of action rather than continue to discuss climate change as a broad, abstract issue with vague consequences. When it comes to environmental issues, GlobeScan’s research shows that people around the world are most concerned about clean air and water, so the more we can reiterate that climate change will pose a serious risk to our water and air, the more likely climate action can be associated with, rather than compete with, other important issues. When it comes to global issues in general, GlobeScan’s research shows that people are most concerned about terrorism, war, and the economy, so it is also important that we highlight the socio-economic impacts of climate change today and in the future. At the same time, we can also clarify the advantages of climate mitigation and adaptation, for example, by linking climate-friendly behavior to other benefits such as health, safety, and lower costs.

#2: The countries where climate action is needed the most are the least engaged

Our research (shown in the chart above), as well as that of Pew Research Center, shows that people in countries with high per-capita levels of carbon emissions are less intensely concerned about climate change. For example, the U.S. has the highest carbon emissions per capita (above China, India, and Russia), but its population is among the least concerned about climate change. This is perhaps reflected in the confidence the Trump administration displayed in its withdrawal of the U.S. from the Paris Climate Accord. GlobeScan’s research on self-reported sustainable consumption behaviors similarly shows that advanced economies are lagging the most when it comes to taking action, while developing economies are actually doing relatively much better. Ultimately, we have continued to struggle in our attempts to engage populations that have the highest carbon footprints.

Global organizations have the ability to influence audiences across the world with messages that do not stop at country borders. This ability should not be understated given that we have also often found large variations in climate change knowledge and concern within countries themselves. Global organizations thus have the opportunity to craft strategies and messages for specific markets as well as for specific psychographic segments globally that need the most focus.

To get the most important audiences engaged, we will need to enable the public to flex their citizen andconsumer muscles simultaneously, and this requires the public and private sectors to work together. One example is Patagonia’s Vote Our Planet effort, which kicked off in Patagonia shops in the U.S. in last year during National Voter Registration Day to encourage consumers to register, and then provided local election information and advice on key environmental issues leading up to the election. Another leading example is Interface’s Climate Take Back mission, which lays out a bold proposal to start thinking about how to reverse climate change.

#3: A climate change spiral of silence and inaction paralyzes even those with the best intentions

We have found that there is a strong attitude-behavior gap when it comes to climate change. Even the best intentions are not necessarily leading to real action. For example, research done by the Yale Program on Climate Change shows that 51 percent of Americans think global warming is already harming people in the U.S., and 75 percent support regulating CO2 as a pollutant. Yet, the same study shows that only 33 percent of Americans discuss global warming with family and friends at least occasionally, while most (67 percent) say they rarely or never discuss it. Some have called this the climate change “spiral of silence”; even people who care about the issue shy away from discussing it because they so infrequently hear other people talking about it – thus reinforcing the spiral.

To begin to tackle the spiral of silence around climate change, organizations can first and foremost provide easy tools to encourage their audiences to namedrop the climate as a topic in everyday conversation. Climate change is less of a taboo topic than we think. Even in the U.S., research consistently shows that most people do believe that climate change is happening and are quite concerned, or at least fall within a “nudgeable” middle segment (as shown in the chart above). What this means is that climate change is not as polarizing of a topic as we tend to think it is; people just don’t think they can do much about it, or are not personally motivated to do much about it if it means they have to compromise their hard-earned lifestyle. Organizations can empower this “nudgeable” majority with new models of prosperity and aspiration.

These three major pitfalls are important to acknowledge if organizations are to effectively engage the public around climate change. However, it is important to see these as opportunities to innovate rather than as insurmountable barriers. GlobeScan has collected a number of successful case studies and learnings from organizations that we have worked with over the years, so we encourage those embarking on climate change engagement efforts to reach out to us.

We will continue to explore these climate change engagement trends through our latest global public opinion research (GlobeScan Radar). Stay tuned for more!

This article first appeared on the Globescan website
_____________________
Caroline Teng is an Associate Director at GlobeScan. She is based out of the San Francisco office and works with diverse clients on stakeholder intelligence and engagement projects related to reputation, sustainability and corporate brand.