Mark Anielski, BA, BScF, MScFE, Mark has extensive experience in the design and implementation of well-being measurement, reporting and management frameworks from his experience in Alberta, Canada, the US, Europe and in China. He has been a senior economic policy advisor to governments for more than 25 years on the subject of measuring and reporting on well-being, happiness and sustainability. His most recent work has been the development of the Canadian Index of Well-being, with other applied researchers; the CIW will be the most comprehensive wellbeing measurement system in the world when it is released in October 2011.

Mark is an economist, entrepreneur, professor, author, and co-founder of Genuine Wealth Inc., which specializes in measuring the sustainable well-being of communities, business and organizations.

He has designed, built and implemented many well-being accounting systems since the late 1990s, including:

– Advisor to the Prime Minister of Bhutan on advancing the Gross National Happiness index and a new economic paradigm on well-being and happiness (2012).
– Genuine well-being assessment and Community Well-being plan for the Wicihitowin Circle of Shared Responsibility, an organization representing over 50,000 of Edmonton’s urban First Nation, Metis and Inuit population (2011).
– The Edmonton Genuine Wealth accounting system, including social, economic and environmental well-being Indicators and Edmonton Genuine Well-being Index (2009).
– The Leduc Genuine Wealth (Well-being) Measurement and Management system (2006).
– The Canadian Index of Well-being (CIW), released in 2011. Mark served as founding member of the CIW in developing this comprehensive 65-well-being indicator index of well-being for Canada.
– Senior economic advisor to the Government of China in the development of their Xiaokang Society Well-being Indicators (economic, social and environmental well-being indicators) to guide China’s municipal governance.

Mark developed and has applied his Genuine Wealth assessment model to assess full economic, social and environmental impacts (triple-bottom-line) as well as the full economic costs and benefits of economic development decisions and public policy issues. The Genuine Wealth model uses an integrated five-capital accounting framework to assess the sustainability of the financial, human, social, natural and built capital assets of any organization or society. The genuine wealth model has also been used by governments, communities and organizations around the world to assess the true value and well-being returns on investments of resources, time and money into improving or sustaining quality of life conditions of communities and organizations. 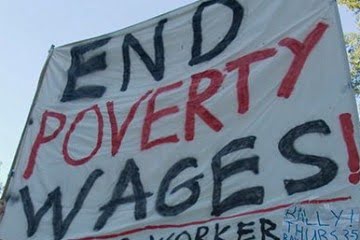 Why Paying Fast Food Workers $15 per hour (a Living Wage) is Good for the Economy: What Would Henry Ford Do.

Mark Anielski
Capitalism 2.0
As an economist who analyzes living wages and the cost of living, a living wage for an individual worker in the US or Canada would range between $13-$15 per hour. Anyone can do the math: just consider the actual costs of living in your community...